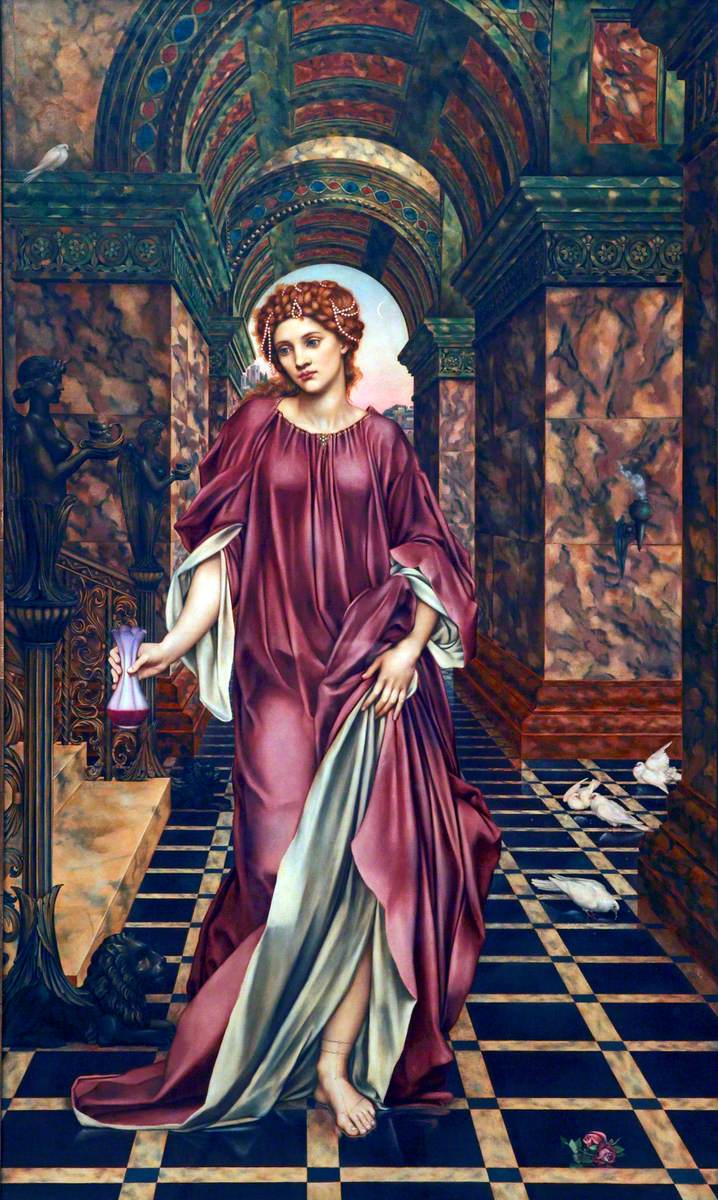 James Deegan says this is “an excellent example of a Pre-Raphaelite painting – unusually by a woman!  The legend of Medea, who poisoned her children as a revenge on her philandering husband Jason, has a modern and ancient interpretation”

Evelyn de Morgan (1855-1919) specialized in literary subjects, in a style owing much to the Pre-Raphaelites and to such Renaissance artists as Botticelli (she and her husband spent each winter in Italy for the sake of his health).  At the end of her career she painted several allegories relating to the First World War, exhibiting them to raise money for the Red Cross. 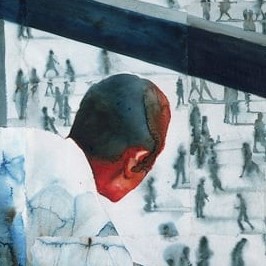 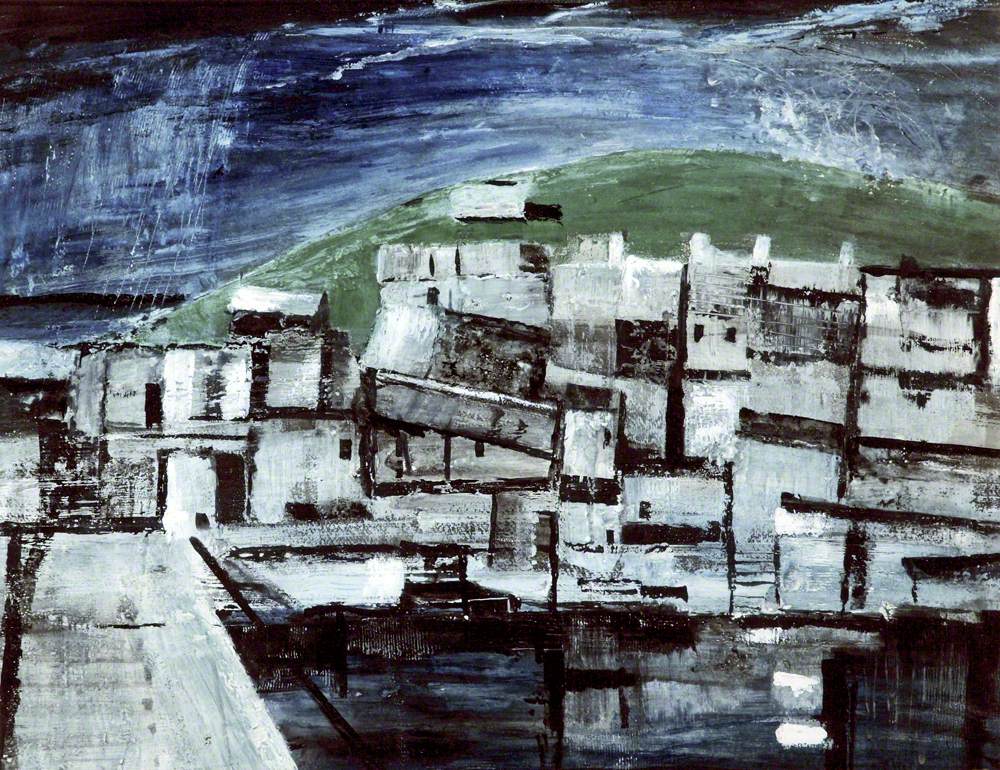